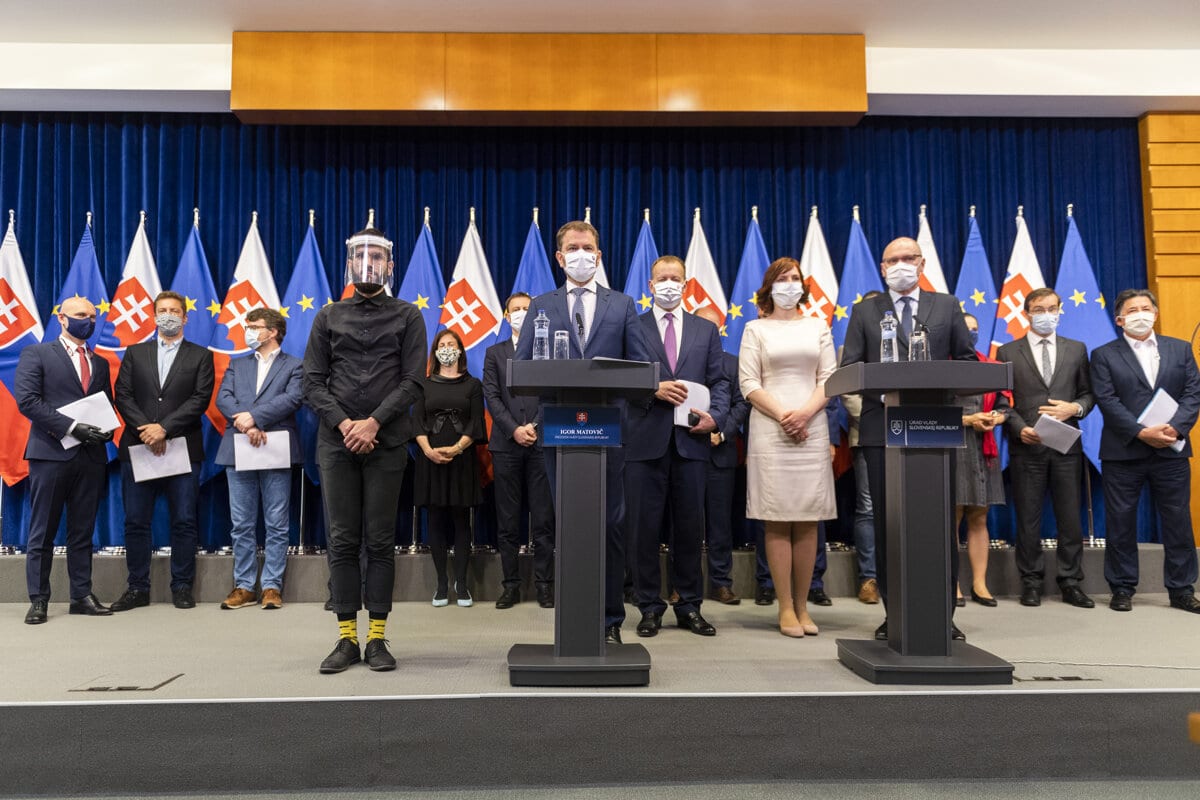 The current pandemic has fully exposed vulnerabilities of certain population groups, as well as the fact that if the situation of people living on the margins of the society does not improve, it poses a threat not only to the society as a whole and the relationships among different groups of people, but also to the vulnerable groups themselves. They are at a greater risk of exclusion in an emergency and their position in the society gets worse. Not all people pay the same price for the current coronavirus crisis. The situation has a much more severe impact on people living in poor social and economic conditions, homeless people and those having jobs requiring little or no qualifications or less stable jobs. The crisis has impacted especially the people who are, for many different reasons, disadvantaged in access to various rights and who belong to a minority.

At the time of the pandemic, a new government was formed, and it submitted its extensive Government Policy Statement (hereinafter GPS) for approval to the Parliament in April. We have examined the intentions and measures the new government has proposed in relation to different minorities.

Ambitious plans to improve the situation of Roma and persisting paternalism

The Government Policy Statement addresses the situation of Roma in detail.3 The government wants to focus on reducing poverty, improving infrastructure and access to drinking water. It articulates intentions also for other areas such as increasing the employment rate, improving access to health care and there is a set of measures for education of Roma. In this area, the government has articulated several measures such as education of Roma children in kindergartens since the age of 3 or elimination of unjustified placement of Roma children in special schools. In addition, the government wants to support Roma children to complete elementary school education and continue their education at high schools.

Regarding education (not only of Roma or other national minorities), it is a positive sign that the government declares the intention to develop a strategy for inclusive approach at all levels of education and the interest to reduce segregation in education and to promote education of children with health impairment and children from socially disadvantaged background in kindergartens. Even though such measures have been needed for a long time, they are still not specific enough and it is unclear so far what form they will take. It will also be interesting to see how the government will manage to enforce these measures as the field of education is largely a responsibility of municipalities.  What financial resources the government will use to fund its intended measures is another important question due to the looming economic recession resulting from the coronavirus pandemic.

The government does not have as detailed programme for increasing the employment rate of Roma as it has for their education. It intends to promote social enterprises, as well as training programmes for people from marginalized Roma communities for them to retrain and learn new skills. The government also wants to continue implementing labour market activation programmes. However, it is questionable whether such measures will help the unemployed and disadvantaged applicants to get a job and become a part of the regular labour market. Experts point out that the government does not introduce innovative measures in this area since it is not planning to cancel the ineffective labour market activation tools and its intention to introduce inclusive measures such as inclusive intermediate labour markets does not have the nature of an explicit commitment.4

The government has not managed to overcome its paternalistic approach to Roma. Even though it declares an intention to increase self-sufficiency of Roma and their integration, it proposes measures such as weekly payment of social benefits to a bank account, not in cash; payment of child allowance to underage mothers covering solely expenses related to childcare to a bank account or automatic payments for housing via withdrawal of money from the social benefits recipient’s account and other similar measures.5 These measures stem from the perception of Roma as incapable of managing their financial means, so they need to be penalized by having their expenses regulated. Moreover, it is questionable whether these measures will have any educational effect and whether, after their implementation, the social benefits recipients will really be more self-sufficient and able to use their money more efficiently.

Apart from improving their situation, the government wants to promote more positive perceptions of Roma in the society and develop mutual civic solidarity, which is a positive sign. Although it is again a relatively general statement, it presents an opportunity for implementing a symbolic policy of recognition, which is very rare and, at the same time, needed for improving relationships between the Roma minority and the majority population.

Other minorities and foreigners remain marginal

Other minorities are reflected in the GPS very little or not at all. We mean, for instance, foreigners living temporarily or permanently in Slovakia and constitute approximately 2,7%7 of the population of Slovakia. The document mentions foreigners or so-called new minorities in the section on the promotion of minority culture where it explicitly states it will promote also cultural activities of so-called new minorities. In its GPS, the government addresses the issue of migration, but it does so only in relation to promoting legitimate interests of the Slovak Republic in the area of migration policy and developing a migration policy strategy for the upcoming period.8 It perceives migration as a threat rather that an opportunity as it states that it will promote measures based on the protection of the EU’s external borders, repatriation policy and addressing the reasons for migration in the countries of origin; it refuses the obligatory re-locations, and so on.9

What is telling about the future of minority policy is not only what the government is planning to do in its term of office, but also what it does not address in its Policy Statement. One of the issues it does not address at all is the status and the situation of people with minority sexual orientation. On the contrary, some of the measures indicate further regress in this area, especially the above mentioned intention to cancel the Government Council for Human Rights, National Minorities and Gender Equality (that has one of its committees focusing on the rights of sexual minorities), as well as reducing the promotion of minority culture on the culture of national minorities.

Representatives of non-governmental organizations (NGOs) agree that the GPS is positive in many ways. The government declares promotion of human rights, cooperation with NGOs and support of the open governance initiative. It counts on the participation of civic sector in developing public policies10 even though it does not directly articulate participation of minorities. The intention to closely cooperate with NGOs can be perceived positively since many of them operate in different areas related to minorities or make direct effort to involve members of minorities in addressing and solving their situation. However, the fact that the GPS lacks specificity in many areas, as well as real assessment of resources and adequate reflection of the impact of the current coronavirus crisis is problematic. Therefore, it is reasonable to doubt if the government will be able to actually enforce many of the measures and intentions proposed in the GPS and whether we will eventually be able to say that the status of minorities has improved and they are less vulnerable to crisis situations such as the current pandemic.

Jana Kadlečíková co-founded CVEK in 2005. She studied sociology in Bratislava. In her research she focuses on fundamental rights, social inclusion, policy analyses and participation of minorities on public policy making.