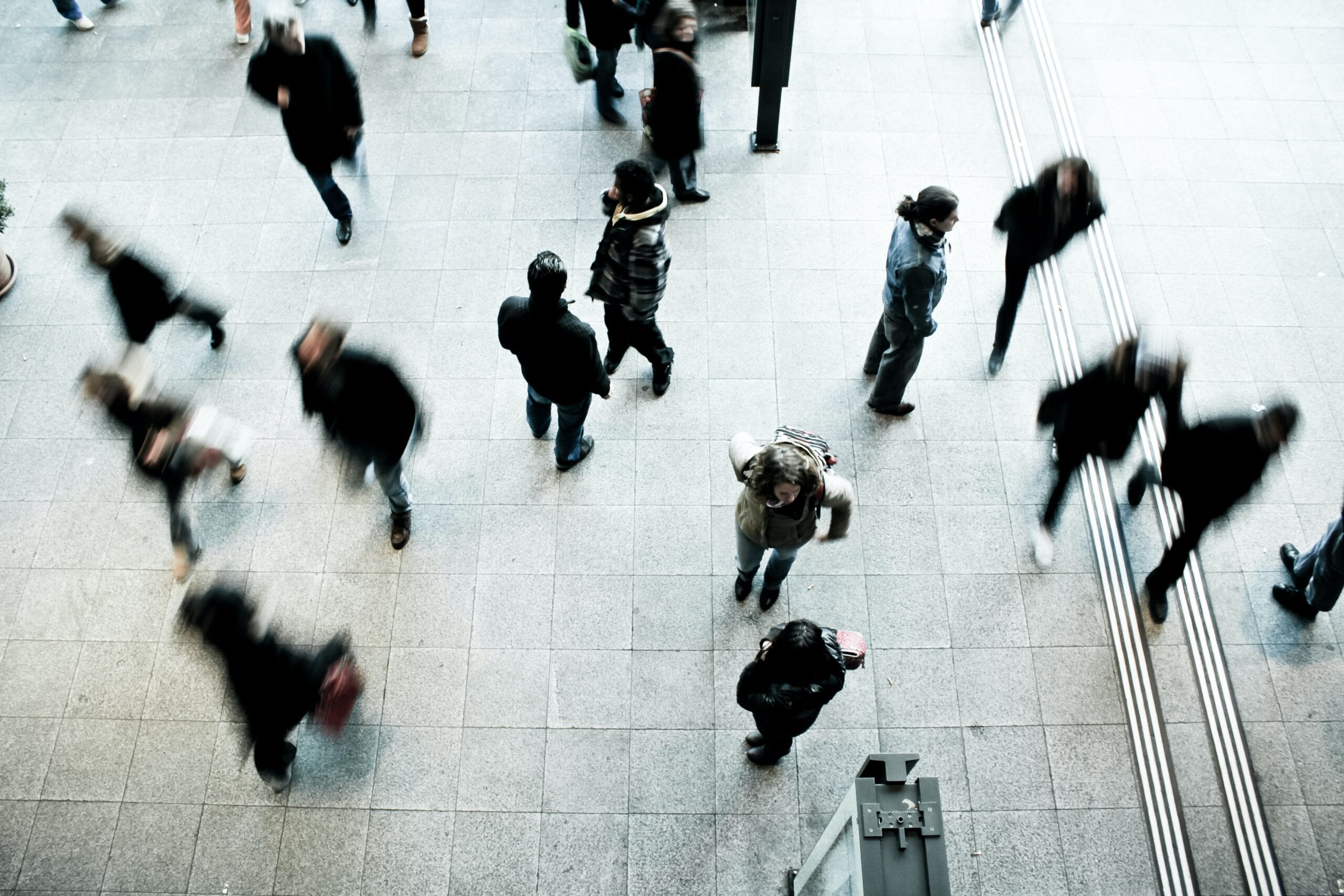 Migration policy adopted by the government in 2011, which expires this year, has had several drawbacks we addressed in the Minority Policy issue the year it was adopted.1 At that time, we criticised it for several reasons – its utilitarian perception of migrants as those who should meet the country’s needs, its narrow understanding of migration as a solely economic and humanitarian issue, its essentialist perception of culture manifested in the priority to primarily receive migrants from countries with similar culture, securitisation of migration (perception of migration as a potential threat) or passing assimilation off as integration.

In September 2020 the process of consultations on the new migration policy for the upcoming five years was completed.2 What progress have we made in this area in almost 10 years?

The new migration policy is a follow-up on the allegedly successsful migration policy of 20113 even though it is not clear why the authors believe the previous one was a success. The new document does not include any data (not even data on the number of foreigners coming to Slovakia in the recent years) or analysis of the situation in the field of migration (not a reference to findings of research carried out in Slovakia in the past 9 year). Therefore, we do not know based on what the authors have defined its priorities.

Even vaguer than we feared

Despite the fact that the previous migration policy was not very specific, the document being drafted at the moment is even vaguer. It does define framework priorties in the individual chapters but it does not say which ministry is responsible for implementing them. In its introduction, the document lists all institutions to be involved in its implementation (state authorities, municipalities, non-gvernmental organisations, and organisations from civic, private and academic sector) but it does not define responsibilites for the individual policy areas or its priorities.4 The idea of measuring progress made in implementing it is, therefore, also rather vague.

In spite of considerable attention paid to economic migration, the issue of labour exploitation of foreigners at work is completely overlooked. This, however, is not the problem of migration policy, but of the general attitude of the state to this issue as our legislation still does not recognize the term „labour exploitation“. It is so despite the fact that the phenomenon of labour exploitation is quite widespread but remains to be seen as an issue of illegal employment.5 This understanding implies more repressive measures rather than measures for protection of working foreigners. We can see this also in the new migration policy which expects effective and prompt interventions of inspection units in cases of violation of law and illegal employment. In other words, it intends to only strenghten the existing repressive measures. Situations when foreigners work in exploitative conditions and are de facto vicitms are perceived as illegal work (with the exception of human trafficiking for the prupose of labour exploitation), which means foreigners are punished with expulsion. A reflection on and broadening of the issue of illegal employment to include the area of labour exploitation and compensation of victims would be needed more than repression.

It is positive that the currently drafted migration policy has abandoned the idea of understanding integration as assimilation requiring foreigners to fully embrace Slovakia’s culture and history.6 On the contrary, it understands integration as an „ongoing, long-term and dynamic process of mutual respect and reciprocal recognition of rights and duties of both groups.“7 Foreigners are thus not required to fully embrace Slovak culture and history, language and traditions but to respect them. Integration measures should be aimed at recognizing cultural specifics of foreigners, which is a significant shift when compared to the previous migration policy favouring foreigners from countries with similar cultural background. Overall, it seems the authors of new migration policy have a much better understanding of what integration is as they state that „the aim the Slovak Republic wants to achieve in the area of integration of foreigners in the framework of the migration policy is to ensure peaceful cohabitation of our citizens with foreigners and to provide for dignified life of foreigners based on effective integration with a view to preventing potential negative social phenomena.“8

Nevertheless, what we see as problematic is the fact that the doucment’s chapter on funding refers again only to the use of EU funds and other, alternative off-budget resources. Inadequate and unsustainable funding or a total absence of funding is one of the most serious problems of implementing integration measures (see the text by Elena Gallo Kriglerová in this issue of Minority Policy). The inability or unwillingness to allocate funds from the state budget to implement integration measures then sends a message that it is not an issue we really want to deal with because it is important for the overall development of a society or a country but it is a kind of temporary project dependent on available funds. And, if there is no funding, integration will simply not be carried out.

One of the priorities is to strenghten integration at the level of self-governing regions, towns and villages. However, we cannot expect municipalities to implement integration without financial, methodical and expert support from the state. In CVEK, we have been pointing out the fact that integration happens primarily at the local level and state support should go primarily there.9

Other priorities in the field of integration are as vague as the rest of the document – to improve access to housing, to support cultural and social integration or to make sure foreigners receive adequate health care, etc. And, of course, these are all important issues to address but they need to be more specific and detailed and need a „master“, as well as funding. Otherwise, the evaluation reports on implementing migration policy will say that an institution organised a lecture or there will only be references to integration projects carried out by NGOs as it was done in progress reports in the past.

Slovak people will probably not return from abroad, so let’s support those who want to live here

The new migration policy also addresses the issue of Slovak citizens moving abroad. Emigration and the so called brain-drain is a problem but we believe it is unlikely reintegration schemes will solve it. A 2015 survey carried out by Business Alliance of Slovakia10 shows that low wages, high unemployment rate (especially in rural areas) and inadequate safeguard of law and order and prosperity in Slovakia are among the most frequently stated reasons for emigration. This means the issue of people leaving Slovakia has to do with the overall situation in the country and it, therefore, needs systemic and long-term sustainable solutions rather than individualised support or creation of specific jobs for experts returning from abroad.  Such measures are at the core of the state Support Scheme for Return of Experts from Abroad. In 2017, five experts returned to Slovakia through this scheme.11 In 2015, there were approximately 300,000 citizens of Slovakia living abroad and other 30,000 were studying in foreign countries. One third of them was planning to stay abroad for several years and as much as half of them was planning to stay abroad for good.12 Therefore, we believe resources allocated to the so called reintegration of citizens living abroad would be used more efficiently in the area of integration measures for foreigners who want to live here now or for improving overall quality of life in Slovakia.

We keep refusing relocation of refugees

Not even the chapter on forced migration includes new or significant priorities and there is almost no reflection of international activities in this area (unless we count a mention of the impact of climate changes on forced migration). In 2015, the issue of Europe-wide solidarity in the field of receiving refugees and dealing with their asylum applications in the form of now well-known quotes has been put on the table. In this case, solidarity means that each member state receives a certain (adequate) number of asylum seekers to take the burden off the countries with the highest number of applicants.

From the very beginning Slovakia, has strongly opposed the proposals for redistribution of refugees. Moreover, it brought an action against the Council of the European Union for imposing mandatory quotas on Member States, which was dismissed by the Court of Justice of the European Union.13 The new migration policy reiterates that we can show solidarity in this field but it should be voluntary. Based on the government’s reactions to the new rules in the area of migration and asylum presented by the European Commission in September that rely on shared responsibility and redistribution of asylum seekers, it can be said the Slovak government opposes them again. It is, however, willing to show solidarity with countries having the highest number of refugees and assist them with return of unsuccessful applicants or with registration of the cases.14

Comments submitted on the new Migration Policy are an interesting source of information as they suggest the document was drafted hastily and the process lacked adequate expertise. Based on the comments submitted by Human Rights League, the drafting process was non-transparent. Even though Human Rights League had always been notified when such public policies were being drafted in order to join in, it was not the case this time. Human Rights League, however, took part in the consultation process even without having been notified. The Steering Committee for Migration and Integration was in charge of drafting the document. Neither non-governmental organisations working in the field of migration, nor representatives of migrant communities are members of the committee. In the chapter dedicated to migration policy principles, participation of a wide range of actors, including non-governmental organisations and migrant communities, in its implementation is expected.15 It is unclear why these actors did not participate in drafting of the migration policy if they are expected to participate in its implementation. Therefore, we can hardly describe the process as based on principles of participation, partnership and open governance.16

On the positive note

Making the process of obtianing a residence permit more efficient and digitalised is yet another positive measure proposed in the migration policy. Many foreigners would very likely say Slovkia really needs such a measure. It is not only foreigners who have been calling for a more efficient process of issuing residence permits, but also non-governmental organizations, as well as the Public Defender of Rights who has addressed this persistent problem this year.17 There is another priority connected to this issue – optimization of staff in the most frequented Foreign Police offices. So far, foreigners have to queue for hours in endless queues in front of Foreign Police offices in order to attend to what they need. Implementation of these priorities will be, undoubtedly observed carefully by many people.

We are aware that the migration policy is a framework document and should be, ideally, developed in action plans of the individual ministries. Nevertheless, even for a framework document, it is too vague and very little specific. It does not stipulate practically any obligations or responsibilities. Number of foreigners increases significantly every year (from 62,584 foreigners in 2010 to 150,149 in the first half of 2020)18 and will continue to rise in future. The draft migration policy, in the form it was submitted for consultation, does not indicate the government is aware of the importance of migration for Slovakia and the need to adopt effective solutions ensuring good cohabitation and strenghtening of social cohesion. At this point, the migration policy would need a thorough reworking so that it reflects the current trends, clearly defines responsibilities of individual actors and specifies funds for implementing the measures (especially the integration measures).