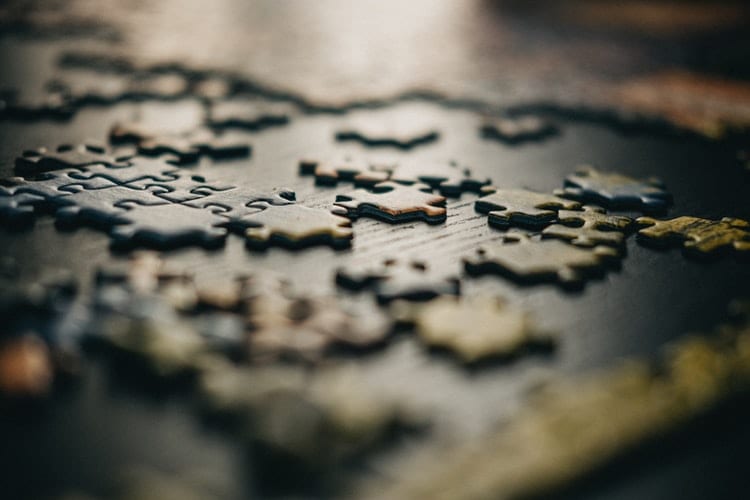 It has been five years since numbers of refugees, primarily from Syria, started coming to Europe and the issue got to the centre of public and political discourse. Back then, it was a rather polarizing issue and turned another group of people into a social enemy. The originally neutral term „a migrant“ was turned into a word heavily charged with emotions standing in the way of any reasonable discourse on managing migration. This word, however, only describes people who leave their country voluntarily to seek a better life somewhere else or because they are forced to leave due to persecution or military conflict.

The number of refugees seeking asylum or other forms of international protection started deceasing after Slovakia had become a part of Schengen and it did not increase in 2015. The number of asylums granted is so low that we really cannot talk about providing protection to people escaping persecution or war. In 2019, only 9 people were granted asylum and there have been 10 so far in 2020.1

On the other hand, the number of foreigners coming to Slovakia for work, studies or for other reasons has been rising considerably. At the moment, there are about 150 thousand foreigners seeking a new temporary or permanent home in Slovakia.2

We carried out a quantitative research focusing on the attitudes of Slovak people to migration in Centre for the Research of Culture and Ethnicity in September 2020. It shows that even though the issue is not in the centre of public discourse anymore, people’s attitudes remain negative and foreigners are seen as a burden rather than a benefit for this country. Such attitudes prevail despite the fact that demographic forecasts say the population is gradually getting older and we will not be able to reverse the trend without migration. Although people are aware of this, the vast majority believes migration is not a way of dealing with the demographic situation. According to almost 87% of people, we need better policies in order to have more children born in Slovakia. Nevertheless, this is unlikely to happen. The birth rate decreases proportionally to better social and economic situation of people. Trends in Slovakia, and elsewhere in Europe, show that we cannot rely on higher birth rate to be a „cure“ for the demographic crisis.

We still want Slovakia to belong only to Slovak people

When we did a research on people’s inclinations to the right-wing extremism in 20123, 68 % of people thought Slovakia was a country of Slovak people and it should stay that way. This sentiment still prevails as in our latest survey, 70% of respondents agreed with this statement again.

Such strong ethnocentrism is determined by a certain essentialist perception of culture that still prevails. People still see the culture as something given and unchanging that should be preserved in its original form. More than half of respondents  (56,6 %) stated that foreigners cannot change our culture because it is given historically. In Slovakia, there is very little discourse on the fact that what is currently perceived as „Slovak“ culture is a result of long-term contacts with other cultures. It did not just occur at a certain time and it has not been conserved in it either. It keeps developing and changing due to different social conditions, as well as mutual contacts with other cultures. Even very deeply rooted cultural features such as the Christmas tree or our „national dish“ were brought here in the past and it was migrants who introduced them.

The notion that Slovakia is a country of Slovaks and it should stay that way is also reflected in the fact that people do not have relationships with foreigners living here; they do not see them in their surroundings and do not seek contact with them. More than a half (55 %) deliberately avoid contact with other cultures, 60 % of people feel good only among Slovak people and do not like being around other cultures.

What does it mean to adjust to our culture?

The idea that Slovakia should remain the country of Slovaks means that if foreigners want to be a part of our society, they have to adjust to our culture. Almost every other inhabitant of Slovakia considers Slovak culture better than any other. At the same time, they think it should be an example to follow by those who want to live her. But, what does it really mean? More than 80 % of people think that in order for the Slovak society to accept foreigners, they have to learn Slovak language. At the same time, they should know Slovak history and three quarters of respondents believe foreigners should participate in public life.

These are all legitimate requests and it is clear that speaking the language or being familiar with Slovak life and institutions is a very important aspect of integration and better cohabitation. However, research carried out with foreigners in the past shows we still lack sufficient institutional tools to help foreigners meet such expectations. They keep hearing they should adjust to our culture, but no one tells them what it means. Opportunities to learn the language or to gain knowledge about Slovakia are very limited. Two thirds of people think the state should provide free language courses to foreigners. Similar number of people thinks schools should provide specific support to children of foreigners at schools in order to achieve the highest level of their integration.

It is obvious that the level of acceptance of foreigners living in Slovakia differs significantly according to what kind of foreigners they are and which countries they come from. For instance, people do not have negative emotions in relation to doctors or foreign students. There are two reasons for this. Firstly, it is because the respondents did not consider them an economic threat (e.g. as potential users of social welfare system) and, at the same time, they are people who are seen as a certain benefit for the country.

More than two thirds of people are convinced that the state should only support migration of highly qualified foreigners (e.g. the above-mentioned doctors) and those who come from culturally related countries.

Opinions that foreigners take jobs from Slovak people or cause wage dumping have not changed over time even though the number of foreigners has been rising significantly. When compared to the survey on attitudes of people to foreigners carried out by IOM – International Organization for Migration in 20094, people’s perception of the issue has practically not changed at all. It is also important to note that Slovak people do not see the potential of economic or social benefit of migration in the field of advancement of technologies, innovation or creation of jobs. Only about one fifth of people feel foreigners can be useful in this area.

Cultural and religious affiliation is a significant precondition for acceptance

The strong ethnocentrism can be seen also in the fact that we are able to accept mostly foreigners who we consider similar to us. More than two thirds of people believe the state should only support migration of people culturally related to us. More than a half of people avoid contacts with people from other cultures because they do not know what to expect from them.

It is obvious that when the question of other religions comes up, people mostly refer to Islam. It represents the cultural difference Slovak people mind most. According to 43% of people, Islam is a dangerous religion and should not be permitted in Slovakia. For another third of people, Islam is too different from Christianity and it is important to be cautious around Muslims. Terms such as „a Muslim family“ (64%) or „refugees from Syria“ (68%) also evoke negative emotions in people.

The research findings show that both public and political discourse on foreigners in Slovakia is reflected in the attitudes of people that are primarily fed fear from the unknown. The fear comes from the fact that foreigners, and especially Muslims, are presented as a threat.

The number of foreigners in Slovakia is increasing and we lack a reasonable discussion on how to live together in the increasingly diverse world. The situation has been changing gradually – 30 % of people have foreigners among their friends and one fifth has co-workers who are foreigners. The intensity of contacts will probably continue to rise. What is even more important is the nature of relationships people will have.

Therefore, it is crucial to ensure that foreigners get a chance to become a part of our society and that there is an effective institutional support for integration and the development of mutual relations. Nevertheless, changing the public and political discourse is the most vital change needed. Our society will become more and more diverse and the idea that we can live in an enclosed bubble of „Slovaks“ or foreigners who are like us sounds like utopia. It would be better if we tried to find ways of seeing each other and finding things we have in common. It is a responsibility of the state, the municipalities, NGOs and private companies employing foreigners. But it is also up to all of us.