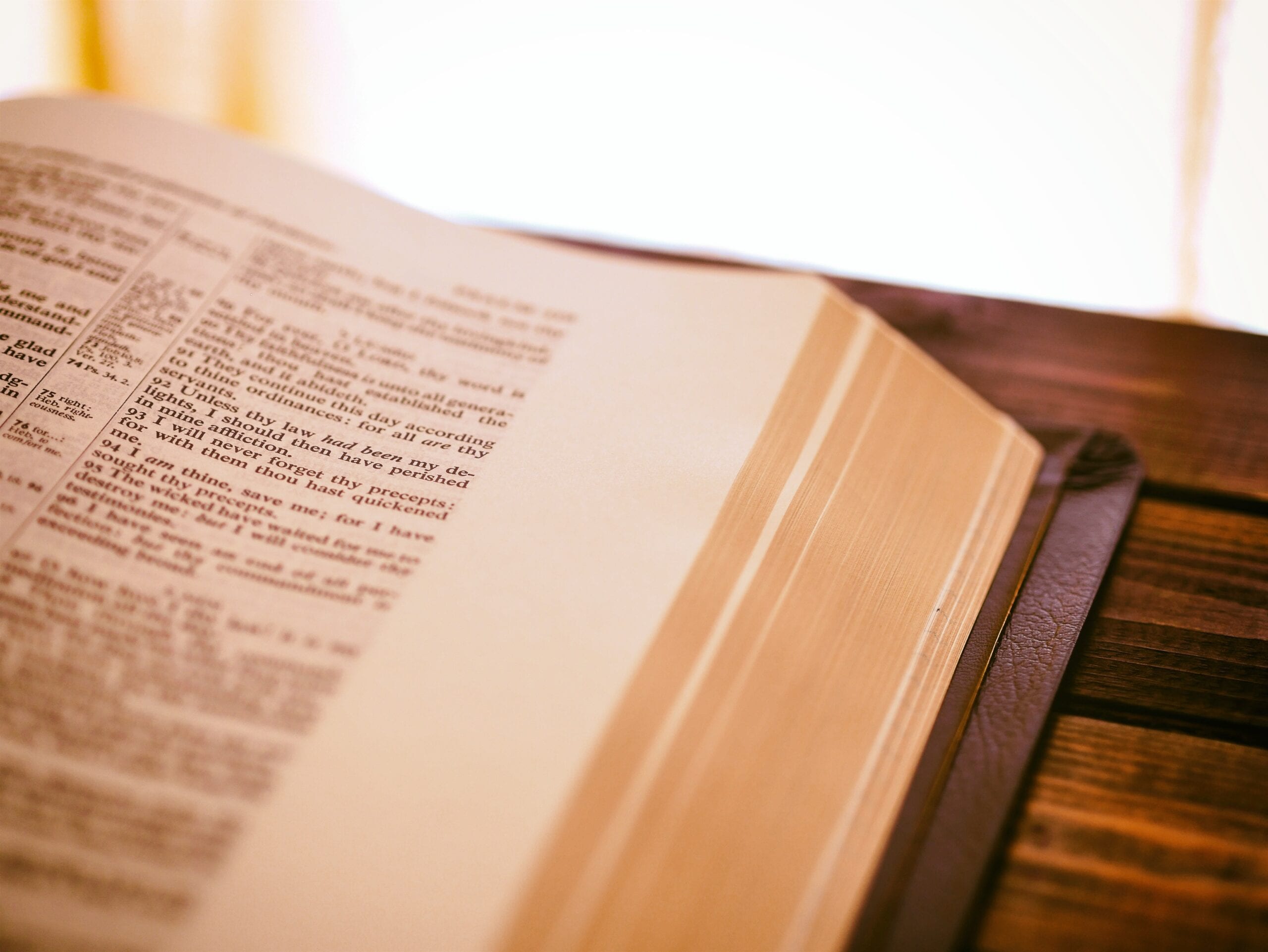 Citizenship has a legal, social and also political dimension. Its legal dimension is related to the rights and duties of citizens. The social and political dimension includes a political community with a specific identity. The concept of citizenship is crucial for democracy, equality and social cohesion. At the same time, citizenship can be used also in a context promoting non-liberal practices, inequities, discrimination and subordination of certain groups of people. In the post-communist countries, the process of developing states and nations went often hand in hand with the process of exclusion of different minorities (see below). Therefore, it is important to examine laws on citizenship in terms of equality and justice, as well as from the minority perspective.

The Ministry of Interior of the Slovak Republic is preparing an amendment of the Citizenship Act and is evaluating comments to the drat amendment from consultation between government departments at the moment. This month, the new legislative draft should be submitted to the government for approval.

In this article, the still effective current act on citizenship that goes against Hungarian minority in Slovakia and its impact in practice is examined. The following analysis of the draft amendment of the citizenship act focuses on important changes the amendment should introduce and their impact on minorities. A brief explanation of the concept of citizenship will be given before the analysis.

Citizenship as democratic, as well as exclusionary concept

The term citizenship originated in the Ancient Athens and the Ancient Rome and has developed since. In the course of history, citizenship has been an exclusionary concept denying status and rights to slaves, immigrants, racial and ethnic minorities, and most significantly to women. At certain points in history, minorities were subject to exclusion in the USA, in Europe and other parts of the world. Many national, ethnic  and religious minorities, especially Roma were excluded in Eastern Europe after the fall of communism in 1989. For instance, in former Yugoslavia, marginalized minorities, particularly Roma, were excluded from citizenship in several countries through either direct discrimination or due to registration procedures.1 A lot of Czech Roma were deprived of Czech citizenship in the 1993 law after the Velvet Revolution and the division of Czechoslovakia.2 In countries where citizenship was used as a tool for building an ethnic nation or an ethnic state, some minorities were excluded. In Latvia and Estonia, citizenship was denied to Russian speaking minority.3

At the present time, migrants, refugees and asylum seekers are being labelled the dangerous „others“ and „different“ and are becoming a new subject of exclusionary practises. The issue of migration significantly affects discourse on citizenship and laws on citizenship not only in Europe, but also in other parts of the world.

On the other hand, citizenship is a fundamental concept of democracy built on principles of rights, duties and political participation. Activity, membership and legal status including rights and duties are the three main principles of citizenship.4 The concept of citizenship stems from the egalitarian idea of equality of all citizens before the law and is universal.5 Equality guaranteed by the law and the rule of law is not automatically reflected in „real“ equality for everyone. A real equality of people depends on social structures and the overall political context in the society.

Understanding of the concept of citizenship has been changing over the centuries depending on many different factors. There are different concepts of citizenship with the liberal, libertarian and republican concepts being among most frequently mentioned.6 The different ideas of citizenship are presented in the so-called post-liberal (socialism, feminism, ecology), postmodern and multi-cultural concepts. According to multiculturalists, cultural differences can be accommodated through separate legal or constitutional measures reaching beyond the basic civil rights. In his book Multicultural citizenship, Kymlicka7, for instance, proposes group-specific rights for national and ethnic minorities such as the right for self-governance, polyethnic rights and special rights to representation.

The next part of this analysis examines the current act on citizenship marked by a strong securitisation rhetoric adopted by Robert Fico’s government in 2010.

Act on citizenship – its adoption and its impact

The issue of citizenship has been strongly securitised in Slovakia with regard to Hungarian minority in the past decade. In 2010, the Slovak Parliament adopted the Act on Citizenship that restricted conditions for naturalisation and introduced a new way of losing the citizenship by „acquisition of a foreign state citizenship based on the explicit display of will“.9

The government proposed the Act on Citizenship amendment as a direct response to the planned changes in granting citizenship in Hungary. The then Prime Minister, Robert Fico, justified the new measures by „a security risk“ of potential mass granting of Hungarian citizenship to the citizens of the Slovak Republic.10 According to the government, dual citizenship was undesirable as it created a rule of law relation to two states simultaneously.11 However, international and legal practice is familiar with multiple citizenship and the states can decide who will become their citizen.12 It is not an exclusive power since the legislation regulating citizenship must be in compliance with the applicable conventions, international common law, as well as with the universally recognised legal principles.13

The then Prime Minister, Robert Fico, proposed fast-track procedure for the adoption of the amendment due to „gravity of the issue“ and „security risks“. The proposed law was supported by the coalition parties SMER-Sociálna demokracia (SMER-SD), Slovenská národná strana (SNS), Hnutie za demokratické Slovensko (HZDS) but also by the opposition club of Kresťanskodemokratické hnutie (KDH). In accordance with the Rules of procedure, the Parliament can apply fast-track procedure to adopt a law but only under extraordinary circumstances.14

For Robert Fico’s government, the need to adopt the amendment of the Act on Citizenship was so urgent that the legislative process took one day. The government submitted the draft law to the Parliament to be debated within fast-track procedure on 26th May 2010 at 11:25 a.m. After the debate, the law was adopted by 90 votes of 115 present MPs.

The adoption of amendment establishing loss of Slovak citizenship ex lege, that is automatically by the law due to acquisition of a foreign citizenship based on the display of will, was supported by all parliamentary clubs of coalition parties – SMER-SD, SNS, HZDS but also by members of the opposition KDH club. Members of the Hungarian Coalition Party (SMK-MKP) were not present in the Parliament session on that day.15

On the same day, the Hungarian Parliament adopted changes to their Act on Citizenship introducing preferential naturalization of non-Hungarian citizens, descendants of Hungarian citizens or citizens having origin in Hungary and speaking Hungarian.16

Three years after the adoption of changes to the Act on Citizenship, the Ministry of Interior signalled in the media it had prepared another amendment in cooperation with the Ministry of Foreign Affairs, as well as with the Council of Europe and the OECD High Commissioner for National Minorities. According to media reports, Slovak citizens who had acquired citizenship of another state where they had permanent residence would not lose their Slovak citizenship.18 However, Fico’s government neither submitted such a draft amendment on citizenship in the Parliament, nor did it present it to the public.

According to the current Act on Citizenship, people have the obligation to notify the District Office in the regional capital on the acquisition of foreign citizenship and they can do so also with a diplomatic or consular office in a foreign country. The District Office keeps records only on notifications from people who have lost Slovak citizenship automatically under the law.

The new government led by Igor Matovič of political party Obyčajní ľudia a nezávislé osobnosti (OĽANO) and his coalition partners Sme rodina, Sloboda a solidarita (SaS) and Za ľudí say they want to deal with the problems caused by Fico’s amendment to citizenship of 2010. Let us now take a closer look at the changes the government proposes in the draft amendment.

The amendment is drafted by the Ministry of Interior and it should be submitted to the government for discussion this October. At the present time, the evaluation of comments from consultation between government departments is under way.

Extra-parliamentary parties such as MOST-Híd, SMK and Spolupatričnosť, the Plenipotentiary for National Minorities, Lászlo Bukovszky, and Ondrej Dostál (SaS), a coalition MP, have voiced their objections to the proposed new amendment as it does not allow acquisition of foreign citizenship without loss of Slovak citizenship under conditions effective before the 2010 amendment.24

Even Igor Matovič’s government has failed to avoid securitisation approach to the issue of citizenship. It has proposed a new condition for granting citizenship – that the applicant does not „pose a threat to public policy or to security of the Slovak Republic“. How this measure will be implemented in practice is not clear yet. The new amendment also introduces preferential approach to those who have Slovak ancestors. Until now, there have been three ways to acquire Slovak citizenship: by birth, adoption or by granting citizenship. Acquisition of Slovak citizenship by birth means that citizenship is gained based on one’s origin. This means that the jus sanguini principles applies here rather than the unconditional jus soli principle. The condition for reacquisition of Slovak citizenship for those who lost it on their own will in the past should be also enacted.25

Citizenship is a very complex concept that can be democratic but also exclusionary. Citizenship should not be considered only from a normative, abstract perspective. In fact, it has a strongly political significance. It is necessary to observe how laws on citizenship, their perception and practices related to them affect issues of equality and justice in the society and whether they contribute to the development of good or tense relationships between the majority and minorities.