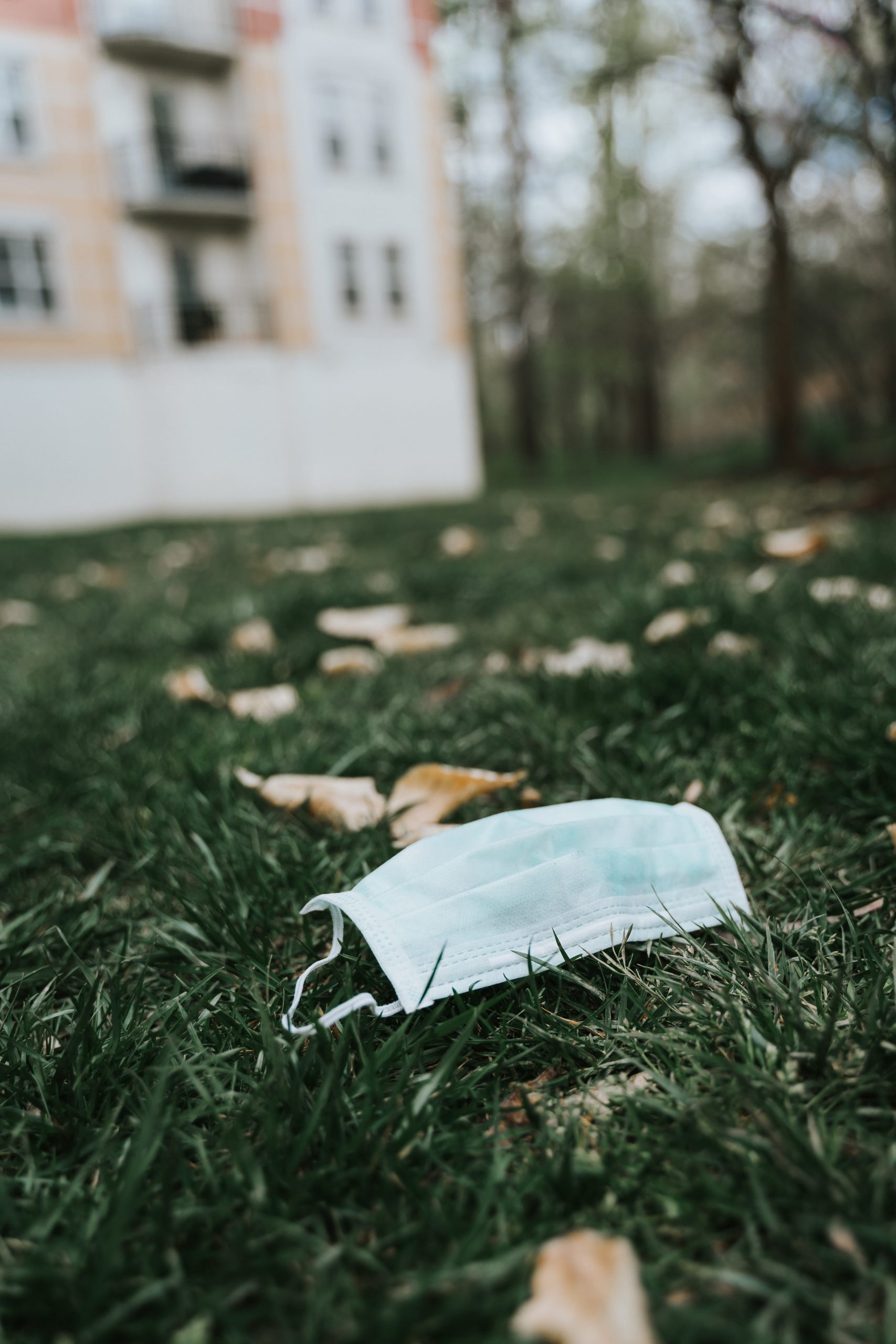 Since the beginning of the pandemic, Roma people have been viewed as a vulnerable group on the one hand and as a threat to the rest of the population on the other. How do you see it?

At the very beginning of the pandemic, we identified two key risks. The risk of Covid-19 spreading in the communities through the people returning home from abroad and the subsequent uncontrolled spread of the virus in the communities. Considering the material and living conditions in the communities, we perceived their inhabitants as a vulnerable group. It was mainly because in some cases, it was impossible to implement even the basic measures imposed by the Public Health Office.

At that time, we were receiving really bad news from Italy and Spain. We were worried about what would happen in the settlements not only because of the material conditions, but also due to people’s health, which is worse in marginalized communities than in the majority population.

At the same time, we were concerned that once the disease occurs in a community, it can then start spreading outside the community. This was another potential risk, which was later proved wrong. Since the communities are segregated, as well as some schools, the transfer of virus out of the community was minimal.

Still, the media kept reporting Roma people were a threat.

Such media outputs were very unfortunate. It took us back to the times when segregated groups had been seen as a risk, as a threat to majority population. We pushed the most vulnerable to the periphery and labelled them a threat to the rest of us.

What did such atmosphere in the society do to the communities?

It did a lot of harm. In a press conference, the highest-ranking state representatives were saying they had the situation under control, but Roma communities were a ticking time bomb that could explode and cause the virus to spread further. It was sending a message there was a group of people in Slovakia posing a threat to us. Roma people felt very bad about it. We had been in the communities a long time, but no one had any experience with a pandemic. Therefore, we spent a lot of time doing field work and we could see the reality and the atmosphere in the communities. We were helping our assistants and coordinators on the site. We were trying to find out how the measures taken could work also in marginalized Roma communities.

How did cooperation with those coordinating the anti-pandemic measures centrally work?

We were approached with an offer to cooperate within operation Carousel. It was at the time of great fear of the pandemic. Our role was to mediate contact because our employees live in the communities and enjoy trust of people who live there. Our task was to mitigate tension. Our employees were the communication channel with the communities.

We were happy to help because we had data from different communities, including data about people returning home from abroad. What we needed to know was what would happen if they were positively tested for Covid-19. We even developed several procedures for this as it was important to us to give information to people before they were tested about what exactly would happen next. However, after three weeks of testing, there were already three communities that had been placed in quarantine and we learned about it from the news.

People living in those locations felt someone had taken their freedom away from them. They didn‘t understand anything and didn’t know what would happen next. Moreover, it’d all happened at night, so people got up the next morning and there were barricades everywhere and people weren’t allowed to go anywhere. At first, they got scared and later, angry, and helpless because they were cut off resources such as wood, their income, groceries, and services. None of this was dealt with by the authorities.

Did it have long-term impact?

As placing Roma settlements in quarantine had been allowed at the very beginning, it became a legitimate way of dealing with the situation later. We still have notes from various measures and regulations showing that out of 55 locked down locations in Slovakia, 54 were marginalized Roma communities.

The media reported that Roma had limited access to health care. Was it any different from the majority population?

Of course, it was. Access to health care services was limited for everyone. However, people in some of the communities placed in quarantine were not allowed to leave the community and go to the doctor even if they had a negative test. Even if it wasn’t their house or block of flats that was under quarantine. There was a man suffering from lung cancer who wasn’t allowed to go for a check-up although his doctor had called and said it was urgent. It could have been life threatening for him. Another man couldn’t stand on his foot, so we went to check on him with the intervention team and found out it was due to thrombosis. In many locations, health care was neglected, and I could give many examples of that. In one community, we, together with Doctors without Borders, were called to a new-born baby sick with Covid-19. Although our doctors said the baby’s condition was serious, taking the baby to hospital quickly proved difficult. Next day, the baby was finally taken to hospital in a critical condition.

What were the biggest challenges that you, as Zdravé regióny, had to face?

In fact, it was the decision whether to get involved at all. Even operation Carousel was about deciding whether we wanted to be a part of a project that involved participation of armed forces. Whether to join a project and legitimize the use of armed forces at all. We’d been told they were doctors, and the goal was to protect vulnerable groups. We thought it’d be like that and since we’d been approached and asked to cooperate, we thought we’d have a say in decision making. In the end, it didn’t work because we didn’t have any say. Our suggestions, procedures and experience of field work weren’t taken into consideration for a long time. Even if someone’d heard us out, we were then told not to be too creative.

So, why did they approach you and ask you to cooperate at all?

They needed us to lead the way to the communities. We had very detailed data, anonymous data about people who’d come back home from abroad. We also had a rating of locations as to the conditions in a given community, its demographic structure, and other data. We knew which communities were the most vulnerable. These locations needed protection; isolation of people at home or somewhere else needed to be secured so that the rest of population in the community was protected.

You communicated your recommendations publicly and it seems they weren’t reflected in reality.

They weren’t reflected at all, and it did harm to us. It negatively impacted not only the organisation, but also our assistants. Because the trust we’d been building for 10 years was badly damaged in some locations. Several thousands of people were suffering under quarantine for several months. Žehra was locked down for 2.5 months. And it will be very difficult to win the trust of people back.

The first vaccination strategy of December 2020 defined the most vulnerable groups and marginalized Roma communities were among them. Nevertheless, when it was updated in January, this group got completely left out. How do you understand that?

It’s hard to say what it was supposed to be like. The first strategy was prepared according to certain logic, but it would have been hard to implement. Then, it turned out it was elderly people who were the most vulnerable group, so the focus shifted to them. As for people in marginalized Roma communities, the number of vaccinated people there is still very low.

Minister of Health, Lengvarský, started saying what you’d been saying and talked about how we wouldn’t segregate people in the process of vaccination, we would use the same vaccines for everyone and other things. It seemed he wanted to mitigate the distrust. Has it really happened?

Yes, it has. And we’re very happy about it. We’ve conducted a survey in 260 locations. We asked our coordinators and assistants what model of vaccination would be most effective for people living in marginalized Roma communities. It turned out that special vaccination for the people using a special vaccine would be the least acceptable option. Vaccination carried out by armed forces came out as the worst possible scenario. Carrying out vaccination in the municipality, together with non-Roma people, and ideally, with the assistance and in the presence of a local doctor who knows the clients and their health condition turned out to be the most viable option.

We presented the findings to the Minister who had a similar approach in mind. Zdravé regióny, in collaboration with the Ministry of Health Intervention Team, also started low threshold vaccination as its own initiative promoting vaccination in marginalized Roma communities. Nonetheless, people from the communities aren’t the only target group; it is also meant for people facing any kind of barriers – distance, psychological barriers, distrust – so, for those who trust us. There are doctors present during vaccination who answer people’s questions and help eliminate people’s concerns through talking to people and providing consultation with regard to their health condition.   Involving local doctors is crucial. It happens rarely, but if local doctors are involved, it’s great because people trust them and consult with them. It needs to be done in a participative way by asking people about their needs and concerns. Most of them are undecided and in their case, it’s enough when a doctor comes in, dedicates his/her time to them and explains things. Then the people leave vaccinated.

This article was written thanks to a financial support of the Department of Foreign Affairs, Trade and Development Canada represented by the Canadian Embassy in Bratislava.